As our population ages, facial plastic surgery has become increasingly popular. A face lift performed by a qualified surgeon can make a patient look anywhere from 5 to 20 years younger. Determining whether you are a candidate for surgery or not is discussed in this interview with leading Facial Plastic and Cosmetic Laser Surgeon J. David Holcomb, M.D. who practices at Holcomb Kreithen Plastic Surgery & MedSpa in Sarasota, FL. Dr. Holcomb is a known expert and published author who is widely respected for his work combining and integrating traditional face lifting techniques with new laser and light technology. He co-developed the AccuLift™ laser facial contouring procedure and introduced the Laser Assisted Facelift on the CBS award winning TV show “The Doctors”. The Laser Assisted Facelift has now become a procedure of choice for many patients bothered by jowling and fullness under the chin along with skin laxity in the face and neck. He has more than twenty years of surgical experience and has hospital affiliation with Sarasota Memorial Hospital. Currently, Dr. Holcomb is a member of the American Academy of Facial Plastic and Reconstructive Surgery, the American Society for Laser Medicine and Surgery, the Florida Medical Association, and is a past president of the Sarasota County Medical Society and of the Florida Society of Facial Plastic and Reconstructive Surgery. To learn more visit: www.sarasota-med.com.

What is a Laser Assisted Facelift?

First, let me explain that a traditional facelift is a procedure that lifts the skin and underlying deeper tissues of the face to create a more youthful appearance. Generally, this procedure is performed when the patient is supine, or lying down.  If the jowls are not adequately addressed during facelift surgery gravity will result in persistent fullness of the jowls sooner than later. Certainly with the trend towards somewhat less invasive facelift techniques (minilift, etc.) the jowls may not be directly addressed.  In addition, patient positioning during facelift surgery may result in gravity dependent shifting of the jowls up above the jawline and even more posteriorly into the cheek.  As traditional liposuction is generally avoided in the face above the jawline the jowls may effectively be repositioned into a non-treatment zone. I developed the Laser Assisted Facelift to specifically address and counter this phenomenon.

What type of laser is used?

I use an NdYAG fiber laser with a special wavelength that targets collagen, fat and water.  This translates into a device that breaks through collagen bands that compartmentalize fat and efficiently destroys unwanted fat cells. It is also safe due to the insulating effect of water in the local anesthetic (tumescent solution) used to anesthetize the tissues being treated. This procedure – also known as laser lipolysis – uses much smaller instruments than in traditional cold liposuction and enables safe contouring of the delicate structures of the lower face and neck.

How does the Laser Assisted Facelift work?

First, I use tumescent solution (dilute local anesthetic) to numb the tissue in the treatment areas.  A needle puncture is used to introduce the small laser fiber (the width of just 6 human hairs) under the skin. The laser is turned on and the invisible laser light breaks down unwanted fat as the laser fiber is carefully guided through the tissue.  When enough laser energy has been used to obtain the desired tissue effect, the laser fiber is removed and hand syringe liposuction is performed to remove the emulsified and liquefied fat.  After face and neck laser contouring, I perform my surgical facelift. In this way, I have more adequately addressed the fatty tissues of the lower face (jowls) neck before performing the surgical lifting part of the Laser Assisted Facelift, so the patient will enjoy the benefits of their facelift as well as obtain a refined, sculpted jawline.

How is a Laser Assisted Facelift different from a traditional facelift?

At my practice, laser lipolysis has replaced traditional cold liposuction in the neck, and is also used as needed in key areas of the face where traditional liposuction is generally not performed.  A Laser Assisted Facelift is different in that I am able to effectively reduce the jowls and, if necessary, soften the smile fold in the mid-face using the laser rather than relying solely on surgical procedures to lift these tissues. Plastic surgeons have found that effectiveness of surgical procedures to the lift the jowls varies inversely with jowl size and that larger jowls essentially cannot be lifted., For those patients that mainly have skin laxity with very little fatty tissue accumulation laser lipolysis may not be needed I would therefore only perform a traditional facelift.

What is the benefit of this technique?

The laser assisted facelift enables excellent sculpting of the lower face and neck before the surgical portion of the procedure is even begun.  In most cases very little bruising occurs in the areas where laser lipolysis has been performed, because the heat generated by the laser seals many of the smaller blood vessels.  In some cases, an incision under the chin can be avoided due to the effectiveness of laser lipolysis (where the neck refinement is at that point so good that traditional surgery under the chin is not needed).

Does the laser resurface the skin?

No.  Laser lipolysis is done beneath the skin for contouring areas of fatty tissue accumulation only.  Many patients do choose, however, to add laser skin resurfacing to their session so that they can also reverse some of the signs of skin aging including wrinkles, sun damage and discoloration.

Can you explain the actual facelift part of the procedure?

Yes. I actually published a study based on the benefits of the Laser Assisted Facelift procedure in the Facial Plastic Surgery – Facets of Facelifting edition,  in August 2014. After completing the lower facial and neck contouring with the laser, the facelifting aspect is generally a multi-plane (superficial and deeper tissue levels), multi-vector (tissues lifted in the most appropriate direction or vector for the mid-face, lower face and neck) SMAS facelift approach. When needed, an extended SMAS approach is used to obtain greater improvement in the mid-face area. Also, patients undergoing Laser Assisted Facelift surgery often have other areas of concern that can be addressed at the same time including brow lift, upper and/or lower eyelid lift, facial implants, lip enhancement and, as mentioned previously, laser skin resurfacing.

What is the downtime?

Laser lipolysis in and of itself does not shorten the time required for healing after surgery, but when bruising is minimal, people feel that they can be out and about in public sooner – even before any stitches are removed.   Some bruising is likely and mild swelling can be expected during the first week. These gradually diminish and most patients can resume normal activities within ten to fourteen days following surgery. Healing will continue for several weeks to months after surgery. Patients tell me that their results just keep improving with time.

Who is a good candidate for the Laser Assisted Facelift?

Although I occasionally have a patient that does not require laser lipolysis, I use it in combination with facelift surgery in the majority of cases. Therefore, most patients are good candidates for this procedure.  Patients that have very little to no fat at the jawline, under the chin, or in the neck do not need laser lipolysis. In that case, surgical lifting is done without the laser. Of course, a facelift is generally performed on an aging patient so in terms of who is a good candidate, there are other health factors such as heart health, blood pressure, non-smoking, etc. that must be taken into consideration in order to perform a safe procedure and deliver optimal improvement to the patient.

Holcomb Kreithen Plastic Surgery is renowned for its expertise in facial plastic surgery, plastic surgery of the breasts and body and cosmetic laser surgery. Additional core areas of focus within H|K MedSpa include non- and minimally-invasive body contouring, facial aesthetics, medical hair restoration, laser skin rejuvenation and medical skin care. With its comprehensive range of services and dedicated staff the practice has developed a reputation as one of the most advanced centers in Florida. Receipt of the Allergan “Black Diamond Award” is an objective benchmark for the practice’ success, ranking it among the top 1% of practices in the entire country providing Botox Cosmetic, Juvederm (including Voluma) injectable gel, Latisse, Natrelle breast implants and SkinMedica skin care. To learn more visit www.sarasota-med.com. 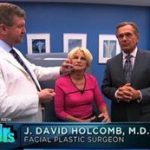 “New Advances in Hair Restoration For Men and Women”

* Editors Note: Featured photo of Meryl Streep purchased from Dreamstime for editorial use. Ms. Streep is not a patient related to this article. 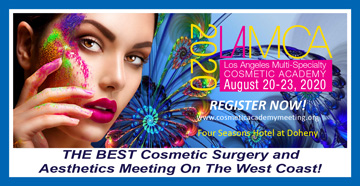